NFL Random Thought of the Day

Will be interesting to follow how Jay Cutler responds this season.

Baltimore and Pittsburgh will be a slugfest


I hope Vonta knocks the piss out of Harrison
Z

My thought was that Frank Caliendo impersonating Terry Bradshaw on the Fox pregame show looked a lot more like Jon Miller than Terry Bradshaw.

Wolf said:
Baltimore and Pittsburgh will be a slugfest


I hope Vonta knocks the piss out of Harrison
Click to expand...

Man I thought so too. What the hell happened to Pittsburgh?? I love it, but just can't believe it. 35-7 with seconds left.

Link please? I guess I could find it, sorry. I'm looking for the the San Fran game for the wife.

Showtime100 said:
Man I thought so too. What the hell happened to Pittsburgh?? I love it, but just can't believe it. 35-7 with seconds left.
Click to expand...

I didn't think it would be a blowout but I had Baltimore winning.

King of the Potato People

The Falcons o-line looked like crap against the Bears D. Looks like the Falcons are going to have issues against good defenses.

Showtime100 said:
Link please? I guess I could find it, sorry. I'm looking for the the San Fran game for the wife.
Click to expand...

Yep. Time to use a "sure thing" in survivor next week. This happened to me last year. Started out with a moderate favorite and lost. After that even my sure thing games the overwhelming favorite picked that week to lose.

Showtime100 said:
Yep. Time to use a "sure thing" in survivor next week. This happened to me last year. Started out with a moderate favorite and lost. After that even my sure thing games the overwhelming favorite picked that week to lose.
Click to expand...

Looking at next week these are the games that are appealing to me: Baltimore over Tennessee, Pittsburgh over Seattle, New York Jets over Jacksonville & Green Bay over Carolina. 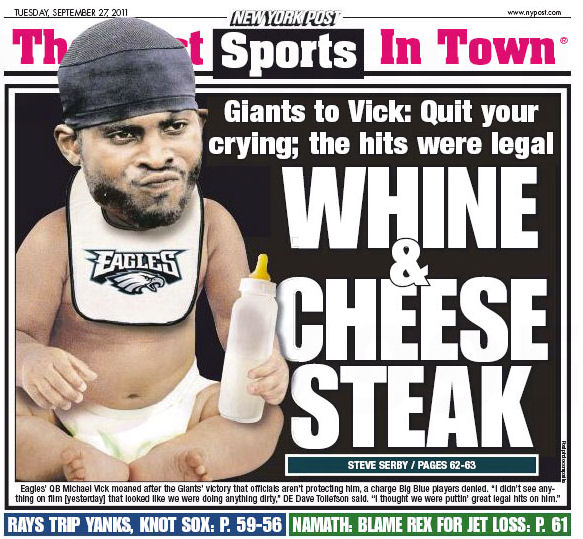 Staff member
Wonder what VY thinks of that "Dream Team" now .... Maybe it was a nightmare ? 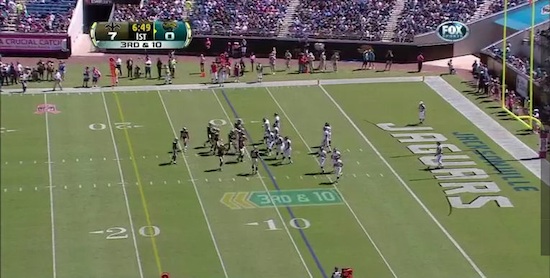 
And Jerry Jones is talking again


“When you get in a situation like that, you’ve got to go for the kill,” Jones told Y! Sports shortly before leaving the Cowboys’ locker room. “I felt like we could’ve been more aggressive. Our defense had been good all day, but you knew Brady had a length-of-the-field drive in him &#8211; so it didn’t surprise me at all when he took them down at the end.”

If Garrett, who has been a head coach for less than a year, was scared that Romo would blow this game, he made a major miscalculation. By treating his quarterback like an irresponsible teenager lobbying to take the family car on a road trip, Garrett &#8211; and not Romo &#8211; was the one who gagged under pressure.

That’s because while many critics bash Romo as a second-tier quarterback whose penchant for making brutal mistakes at key moments is an insuperable flaw, Jones still believes the 31-year-old passer possesses greatness. The owner demonstrated his commitment four years ago with a six-year, $67.4 million contract extension through the 2013 season. He reaffirmed that faith on Sunday evening, just two weeks removed from Romo’s miserable second half against the Detroit Lions that resulted in the biggest collapse in franchise history.

“I do have complete confidence in him making throws at the end of a ballgame,” Jones said. “We’ve been burned a couple of times this year, but I still like his chances in those situations.”
Click to expand...

Pretty bad when ,while in Miami, the stadium was cheering when Tebow pass was confirmed by instant replay to be good

Wolf said:
Pretty bad when ,while in Miami, the stadium was cheering when Tebow pass was confirmed by instant replay to be good
Click to expand...

That was entirely the Dolphins fault imo. You can't honor Florida's national title season when Tebow comes to town and not expect to have some fans cheer him on. I would have been pissed if Houston honored The Longhorns title season when Vince Young visited.

I wish I could apologize to Eric Metcalf.. I thought Reggie Bush would have a career similar to Eric's.. well I was wrong.. Reggie flat out sucks as player compared to Eric..

“I definitely see a lot of similarity in (Johnson and Alexander), in terms of when you’re so successful and produce in such a major way -- with fantasy football and all that stuff -- people are just expecting it to happen,” Hasselbeck said, according to The Tennessean. “There’s a lot that goes into it. It’s hard to be that elite all the time."
Click to expand...

Trey Wingo is a flat out riot when he does interviews. Not intentionally funny, mind you, which is where the gold is found...lol.

Saints with an easy win after that

Staff member
SF is for real ?!

You don't burn the Motor City without a fight.

When Gunther Cunningham caught wind of Jared Allen's Thursday rip session on the city of Detroit, the Lions defensive coordinator made one thing clear:

We don't want you here.

"He's not good enough to live here," Cunningham said Friday of the Vikings defensive end. "This is too tough of a town for him."

In an impressive push to become the least-popular human to ever step foot inside Ford Field on Sunday, Allen told the world: "If I had to live in Detroit, I think I'd just drown myself in the river that was across the way."

Cunningham didn't support that idea, but with the Allen nonsense cleared aside, he continued his frolic down the warpath with strong words for the talking heads critiquing his aggressive defense:

Listen to the 2011 NFL season LIVE -- hear all the action online in premium sound quality with NFL Audio Pass. Sign up now!

"There's some ex-coaches on television, in the media, making statements," Cunningham said. "Why don't they come and talk to me about it? ... Don't tell me how to coach. They were in high school and maybe not even born when I started in this business.
Click to expand...

lol Shannon Sharpe said Peyton should be traded.Cleveland should give the Colts both 1st round picks this year and the first round pick for the year after

Peyton is great, but the Browns are too far away to give up that much ,given his age and health

In addition, there have been whispers of a small mutiny, with ESPN Twin Cities citing two sources to report that a collection of defensive backs have, at times, dismissed Pagac's play-calling for their own coverages. Sources told the radio station that players shared their concerns about the play-calling from the outset.
Click to expand...

^Talk about losing the locker room.

One time and you bench them. Twice, hold them out without pay. Can't let that kind of behavior get out of hand.

Watching the New England - Denver game. I wonder what Tebow has against wounded ducks. If he ever accidentally lets go of a good spiral the ball with sail 20 feet over the intended receiver.

Jets are getting pounded 28-0 5 minutes left in 2nd

Ball just turned the ball over on a fumble. By the press' logic Tebow should be to blame since he handed it off to Ball.

Wow. Denver just benefitted from a call that could have been a NE touchdown. Regardless of the call, this is where the automatic review on TD's rule is a bit unfair. If they call it a TD it is reviewed, since this catch/no-catch, made in the endzone, was ruled a no-catch there is no auto-review. Not right.

NE never challenged and settled for the go-ahead FG. 17-16 Pats.

every penalty has been against Denver ..

The Patriots tight ends are just awesome. Gronkowsi is a f'ing beast. I think he's better than Antonio Gates when Gates was in his prime.

Contributor's Club
Our team ought to be sick to it's stomach. The Ravens are getting creamed. This was our chance to nail down the #2 seed and they didn't answer the bell.

at home no less.

So the Bengals get in and get draft picks ,the raiders not in and give up the picks

King of the Potato People

The AFC North has 3 teams in the playoffs. The greatest division in the NFL is currently fighting over who will be the 4th seed... lol

they were talking about this on the radio (non sports) ..uggh

In what was either a rare act of self-awareness or a complete lack thereof on behalf of the Worldwide Leader, ESPN dedicated an entire hour of SportsCenter today to Tim Tebow, managing to mention the Denver quarterback's name no fewer than 88 times in the process-all of which were painstakingly edited together for your pleasure above.

The tally would have been more than 100, but an Ed Werder segment about "Winning The Tebow Way" was cut from the rundown to make room for the breaking news on Jerry Sandusky's arrest on new charges. ESPN still managed to squeeze in a discussion of Tebow's impact on fantasy football, a Skip Bayless debate, and a Tebow-centric Top Plays. But now that you've gotten your last big fix, ESPN, I think it's time we head to Tebowrehab.
Click to expand...

Why the hell does Ryan Leaf still have a publicist

Leaf was first arrested on Friday after police found oxycodone pills in his golf bag that an acquaintance later said Leaf stole from his home. Then early Monday, three days after posting a $76,000 bond, he was arrested again on accusations that he broke into another home outside Great Falls, Central Montana Drug Task Force Commander Chris Hickman said.

The owners walked into the home Sunday afternoon to find a tall man with an athletic build inside, Hickman said. The man told the owners he had the wrong address and left.
Click to expand...

Parcells is going to stay retired and not coach the saints

Jacksonville is the perinium of America and even though L.A. doesn't deserve a team and probably won't support a team I'd rather see the jagholes move there.

Grimes signed franchise tendor for a little over 10 mil

The Bills announced Monday that they have signed Dickerson. The club reportedly envisions Dickerson as an off the line tight end/H-back prospect, and is listing him as a fullback for the time being.
Click to expand...