Texans pick Justin Reid could be an even better safety than his brother Eric Reid
Justin has learned a lot from his brother Eric, a Pro Bowl safety who is currently a free agent.
By Morgan Moriarty@Morgan_Moriarty Updated Apr 27, 2018, 9:26pm EDTSHARE 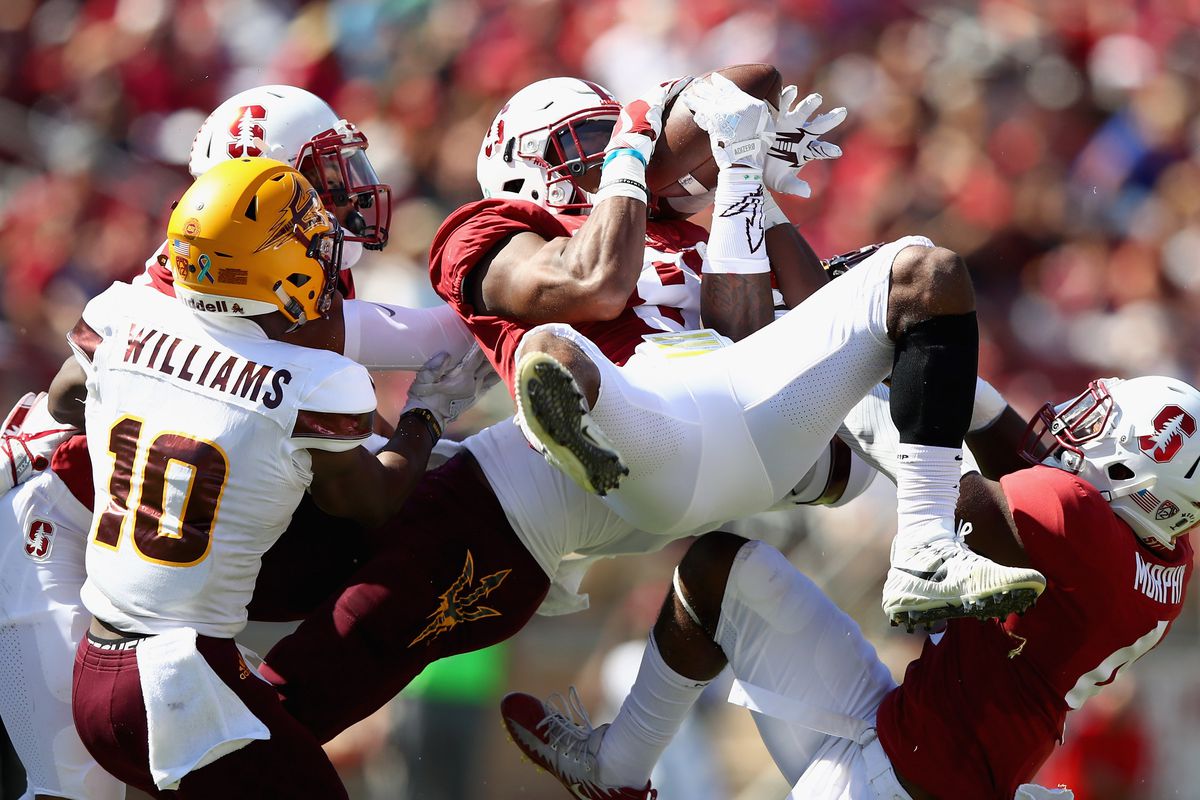 Photo by Ezra Shaw/Getty Images
When you’re a younger sibling, sometimes it can feel like you’re walking in the shadow of the older sibling. Well, what if your older brother was a five-year NFL veteran, and you were an NFL hopeful at his same position?

Justin Reid is a former Stanford safety and one of the newest members of the Houston Texans after getting taken with pick No. 68 in the third round. His older brother is Pro Bowler Eric Reid, former free safety for the San Francisco 49ers who’s now a free agent.

Justin is the youngest of Eric and Ryan, the middle Reid brother.
The three grew up in a pretty rivalry-friendly household. In an interview with NBC Sports, Eric said Justin being treated differently as the youngest child egged him and his brother Ryan on:

“He was the baby, so my parents always treated him like a baby. Me and Ryan hated that, so we would always go that much harder on him,” the now 25-year-old Eric told NBC Sports Bay Area from the 49ers’ locker room after a recent practice. “Whether it was video games, sports or whatever. We just always made sure we beat him into the ground.”

Justin may have been smaller than his older siblings, but he was every bit as competitive. And he had a plan for payback.

At age 12, Justin landed his first knockout in Dragon Ball Z, one of the brothers’ favorite video games.

“One day, I could never beat him any more at video games,” Eric said through a smile. “I was like, ‘OK. I guess I’m not playing that any more.’”

Justin said that he’s learned a lot from Eric, who has admitted that his younger brother is now faster than he is. It’s only fitting that Justin pursue an NFL career at safety like Eric. But they’re not the same in every respect.

eric reids brother? not my safety.

Ur apology should be as loud as Ur disrespect was

Homerun .. almost too good to be true to wind up with one of the best safeties in the draft. A+

https://twitter.com/i/web/status/1259583623902175232
What Reid is talking about is when wearing a shoulder brace, your ability to reach up and out to the side of the body are significantly limited...............after his reportedly "successful" surgery, he will no longer be wearing a brace.............his upper range of motion, so important to a football safety in coverage, should no longer be a factor.