Welcome to Houston Xavier Crawford, Corner out of Central Michigan


Team has shown an interest using one of their 30 private visits on him. Allowed under 40% completion rate this year (a shame the only good part about this team were its CBs). Improved 40 time to 4.40 at pro day and very fluid hips and agility. Crawford is a pest on the underneath routes but can be beaten deep especially against the bigger faster NFL WRs and for that reason I project him as a nickel in the NFL.

Texans can get some value out of him on 3rd and long. He's pesky and will be in your face if you're a wide receiver.

I don't mind the pick.

Xavier Crawford is a baller. Think he can be a valuable nickel in this league. My 95th overall player. Good pick by the Texans.


Xavier Crawford allowed just 0.53 yards per snap in coverage last season – and he's one of two Central Michigan cornerbacks in our top 15 CBs for the 2019 NFL Drafthttps://t.co/Zs8SD1VOgJ pic.twitter.com/ki6S1GwB8X


That’s my guy. Played with him at OSU great pick and steal


With the 195th pick, the @HoustonTexans add another potential steal in Central Michigan CB Xavier Crawford! As PFF's No. 110 prospect, Crawford was the 9th-best player available.


I am a little higher on the Texans new CB Xavier Crawford than others appear to be. I thought he was a solid 5th rounder and should offer good depth at CB as a long, press CBhttps://t.co/HbSe6lIOMS

No love (or hate) for this pick from the forum?!

All the love went to Omenihu and all the hate went to the FB.

Atleast there will be some depth at CB next yr.
T

Atleast there will be some depth at CB next yr.
Click to expand...

Sticky CB to stick with slot WRs so QBs have difficulty deploying the short quick pass attack that gives the Texans fits. Insurance for Colvin if he doesn’t bounce back as well.

TheRealJoker said:
Sticky CB to stick with slot WRs so QBs have difficulty deploying the short quick pass attack that gives the Texans fits. Insurance for Colvin if he doesn’t bounce back as well.
Click to expand...

Hopefully he can cover TY
T

Doesn't have the speed for that. Has the skills to play in the slot though

Crawford may be able to help with TY on occasion, but unless he's consistently faster than we've been led to believe, I hope he doesn't get isolated on Hilton very often. Of course, that's true of any of our CB's. We still need a true #1 shutdown CB but hopefully a good pass rush will limit Crawford's and the other CB's exposure.

That's a difficult task for even the faster DB's.
T

Need to trade for Pat Peterson if we want to say TY is covered with confidence...

TheRealJoker said:
Need to trade for Pat Peterson if we want to say TY is covered with confidence...
Click to expand...

This will never happen,

Peterson will cost $$$$ and that's not the Texans way.

They build cheaply thru the draft only philosophy.

TheRealJoker said:
Need to trade for Pat Peterson if we want to say TY is covered with confidence...
Click to expand...

I'd like to have a fresh out of the box version of Patrick Peterson, so I'm going to hold my breath until it happens. And if you believe that...
T

HaveMercy said:
I'd like to have a fresh out of the box version of Patrick Peterson, so I'm going to hold my breath until it happens. And if you believe that...
Click to expand...

Unless we can knock a guy like Hilton off his stride at the LOS, I doubt we have anyone fast enough to shut him down.

Is that a question from a future game thread?

Matt Miller’s believes that Xavier Crawford (Read More Here) has great awareness and can press receivers from the top side. He also has very fluid hips, allowing him to remain in-phase. Crawford has excellent footwork at the line of scrimmage and is easily able to defend receivers immediately. Additionally, Crawford has great short bursts of speed that can significantly help on crossing routes (something that affects the Texans). However, his biggest weakness is his ailing back which caused him to miss the last seven game of 2017. With the Texans secondary always banged up, it is vital that backups like Crawford stay healthy and can back up the starters. However, his back problem will be a concern. Crawford also puts little to no effort as a run defender and his thin frame and short arms allows him to quickly get “bullied at the line of scrimmage by physical receivers with strength in their releases.” Often, Crawford struggles to track the ball in deep routes and misses playmaking opportunities. However, at both Oregon State and Central Michigan, Crawford was able to have several effective campaigns. He has “fundamental traits to be a solid backup,” but his lack of size and back injury should be concerns.

Lance Zierlein from NFL.com (Read More Here) labels Crawford as a long and thing press corner that is very agile, quick and has great balance. Crawford’s ability “to hound routes underneath” is valuable in the NFL. Also, Xavier Crawford is very athletic and has the “ability to stay connected to routes,” which is very beneficial in man-to-man coverage. His patience and smoothness as a cornerback are useful. However, the biggest concern is his size. Due to his small stature, Crawford will have to work on how he handles run support from the second level. Also, due to his short height, he is often unable to guard bigger receivers with consistency. Crawford has average speed, allowing him to get beaten on deep routes. Last but not least, his lingering back injuries are concerning.

According to Kyle Crabbs of The Draft Network (Read More Here), Crawford has great man coverage skills with his quickness and smooth transitions. Crawford has a great ability to stick to routes and not abandon them. Xavier Crawford is very flexible and can accelerate quickly in short bursts, but has average speed. However, Crawford does not offer much run support as he is often “uncertain and slow to react.” Often, he locks up receivers but lacks the “aggressiveness to discard of the block [set by the recievers]. Crawford’s tackling skills need a plethora of improvement as he needs to gain more strength and hit with more power.

Additionally, Crawford’s back injury is a concern and needs to be taken under consideration by the Texans. His most significant strength is his foot speed, and his biggest weakness is his run support. Crabbs says that “ Crawford has desirable foot speed and … skills in off-man coverage”, but Crawford will have to hone on his run defense skills to contribute and be an impact player.

[As I posted in the Injury Thread, he is reported to have sustained a "back injury" in the past (as in the above profiles), when in fact it was a shoulder injury which required surgery.] 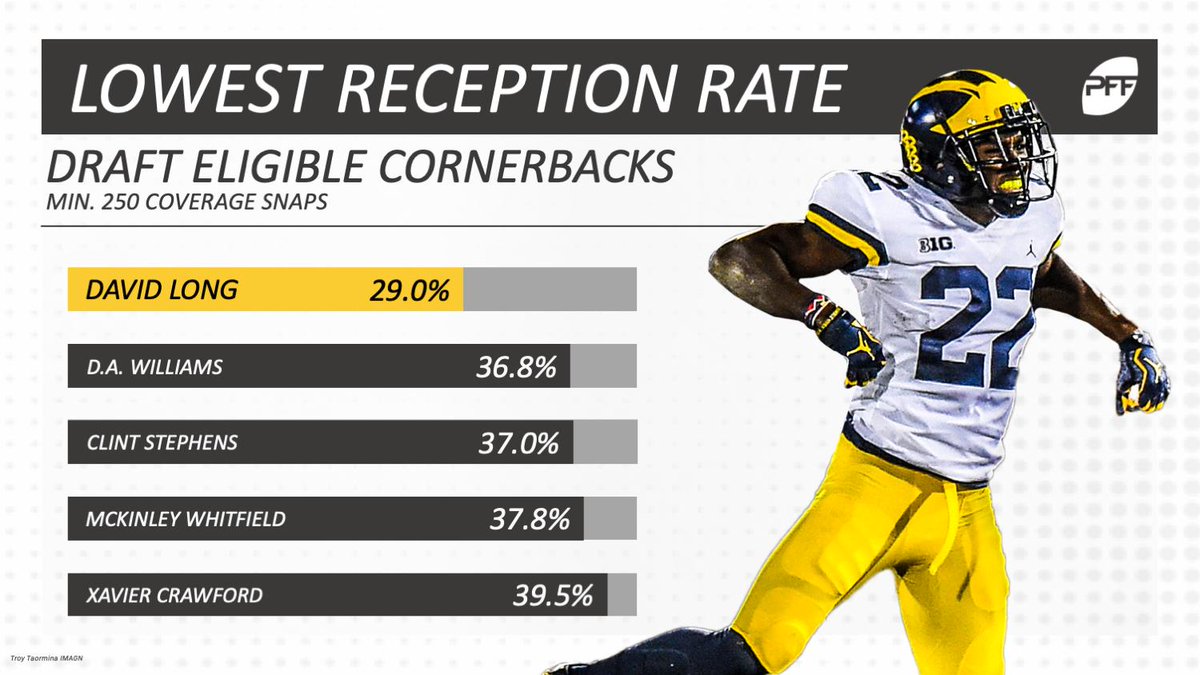 Contributor's Club
2019 NFL Draft: Where Xavier Crawford Fits in The Texans’ Secondary
Among the huddled mass of unproven commodities (and one Johnathan Joseph) is where rookie corner Xavier Crawford will start his career in the NFL. The Texans’ 2019 sixth round pick out of Central Michigan began his career at Oregon State, where he earned USA Today Freshman All-American honors. Now he moves from Central Michigan to the stage that is the NFL.

With so many new faces in the defensive back room and Houston’s entire depth chart up in the air, Crawford has as good a chance as anyone to instantly contribute in this secondary. The question is where he will be able to contribute the most. In college, Crawford played on the outside, usually covering mid-range routes in man coverage. He was the second best corner on the team as Sean Murphy-Bunting was a second round pick in the 2019 NFL Draft.

Crawford demonstrated good play recognition, which can be attributed to the significant playing time he garnered in college. In his film he is quick off the beat with light footwork but is easily stacked up on deep routes. He is a press cover corner through-and-through, a skill set the Texans deeply lack. The Texans presumably like him for what he is—fluid and scrappy—a lot more than what he is not—sturdy and fast.
***
https://www.battleredblog.com/2019/5/29/18643780/2019-nfl-draft-where-xavier-crawford-fits-in-the-texans-secondary
You must log in or register to reply here.
Share:
Facebook Twitter Reddit Pinterest Tumblr WhatsApp Email Link